Finding out you have bedbugs in your home can be a stress-inducing discovery, to say the least. However, the unfortunate reality is that bedbugs are making a comeback, and the only way to deal with it is to know the signs of an infestation. You should use every preventative measure you can, and if you do end up faced with a bedbug problem, deal with it properly and as soon as possible!

It’s a myth that bedbugs only happen in dirty places – or that they only reside in beds, for that matter. The fact is, being neat and tidy will not prevent or deter them. As long as there are potential meals in the premises, a nicely made bed or tidy room will not stop them from sticking around. Pet beds, couches, and other surfaces that regularly contain warm bodies are all fair game as well. Same with hotels: even five-star hotels can suffer from bedbug infestations. International travel, resistance to pesticides, and densely populated urban areas all contribute to the spreading of the pestilence. It should be noted, however, that a lack of clutter is beneficial because it gives them less places to hide, and it’s far easier to check after to ensure that they’re gone!

One of the sprays I used off the start was this one pictured below. It was somewhat successful; in that it killed on contact. The instructions for this spray indicate that it had to be left for a period of time as well, so I gave it time to soak in. It was mostly successful, but not entirely, since it didn’t get in every single nook and cranny and because bedbugs are sneaky little monsters. They’re also incredibly hard to kill. My home-fumigation efforts included putting vaseline around all the door frames and heating up all bedding/soft items. 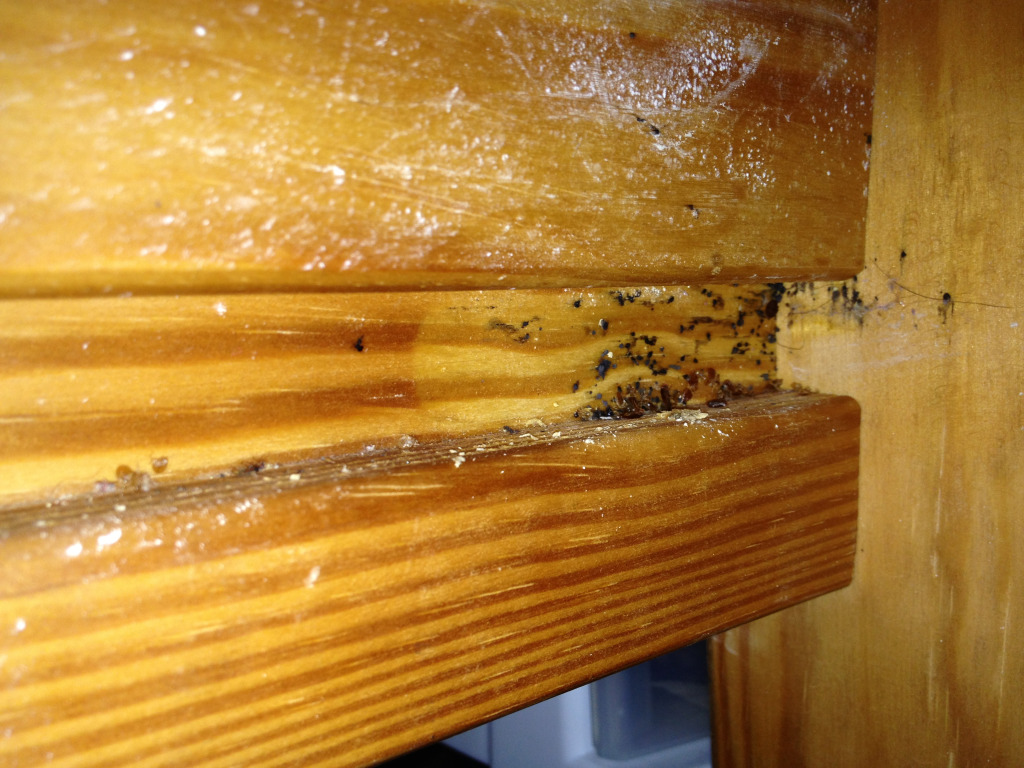 It’s one of those things you hope never happens to you…but then again, it can happen to anybody.

My run-in with the little vermin happened during my post-secondary education, and after a lacklustre response from my landlord, I took to the internet to see if I could deal with it myself. After a valiant and time-consuming effort, I ended up mostly dealing with the problem…but mostly isn’t quite good enough.

Here’s some of the items I purchased in my DIY efforts:

– Vaseline (spread around legs of bed and doorway: bedbugs can’t fly and they can’t walk through this so this should keep them stranded.)

– Mattress bag/pillow bags (contains it and keeps them from spreading)

– Duct tape (around the zippers of the mattress and pillow bags)

– Tie Garbage Bags (to throw out as much as possible)

The cost for all the items for my DIY efforts came to a little over total of $250, plus the time of in-depth cleaning. While it may have dealt with the majority of the issue, the problem didn’t disappear entirely. After my first cleaning effort, which I considered to be very thorough, I was dismayed to find that I was still being bitten. I ended up taking my wooden bed frame apart and finding that they had found sanctuary in some tiny little joints of the bed. I ended up throwing the whole frame out and sleeping on a mattress on the floor.

The cost for using an expert? Well, more than that. But it was worth it: we ended up hiring Addison Pest Control to come in and fumigate the whole house: not taking any chances this time, and thankfully, haven’t seen a sign of them since.

The problem with bedbugs is that it can be difficult to tell exactly what the extent of the problem is. If you don’t have sensitive skin, you might not even see any sign of them biting you. Ultimately, it’s my recommendation that you call in a professional for this one…they have access to the tools, chemicals, and experience, and they can help you be sure the problem is actually gone. Just make sure you research your professional, as well, and be sure they offer you a window of time where they will come back and re-spray if there are any signs of remaining pests.

Hopefully you never have to face bedbugs…but if you do, read this, don’t panic, and remember that they can happen to anyone. If you want to decrease the likelihood of bedbugs happening to you, though, check out WikiHow’s article on How to Prevent Bedbugs: a great start point for keeping your space bedbug-free!

Have a story idea, comment or want to be a contributor? Connect with us atwelcomemat@propertyguys.com today!

Special shout out to our partners at Canadian Homeowner!

Amy is a communications associate for PropertyGuys.com Durham Region. She is also an editor for Canadian Homeowner.

0 0 0 0 0
Previous ArticleWhat A $500k House Looks Like Across Europe
Next ArticleReal Estate Round Up! The Top 5 Things That Happened in Real Estate This Week (July 28 - August 5, 2016).
Most Shared
Latest Posts