Walking into the Cobblestone Manor for the first time might take anyone by surprise. The subtle, charming cobblestone exterior belies the spacious, grand interior, and the coloured glass lamps and carefully crafted ceilings seem slightly out of place on the Albertan prairies. It could be easy to imagine that this lavish workmanship would create a feeling of unapproachability, but nothing could be further from the truth. For those who frequent its restaurant and rent its rooms, the warm glow of the fireplace and small-town comforts make it a beacon of old-world hospitality. After many years of love and care from its current owners, Ivan and Marsha, this lovely (turn-key) bed and breakfast is once again available; ready for another chapter to be added to the fascinating story of one of Alberta’s hidden gems. 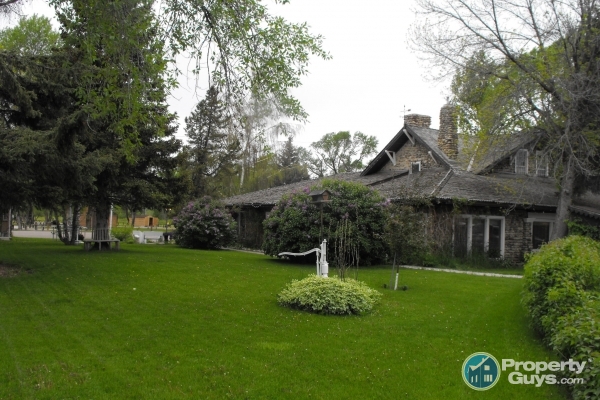 The story of The Cobblestone Manor began back in 1898. It had humble beginnings as one of Cardston’s original residences: a practical two-story log cabin owned by a simple, practical family. Its destiny changed when it was purchased by Henry Hoët in 1913. The Belgian finishing carpenter, who was known for his eccentricity and incredible craftsmanship, began fortifying the original structure and expanding it. At the time, Cardston had recently suffered a flood, which Henry saw opportunity. Along with his Newfoundland dog – often his only companion – Henry collected boulders and river rocks that had been revealed by the flood waters and rolled them up the hill to help fortify his four additions. Once the walls were completed, he began work on the interior. 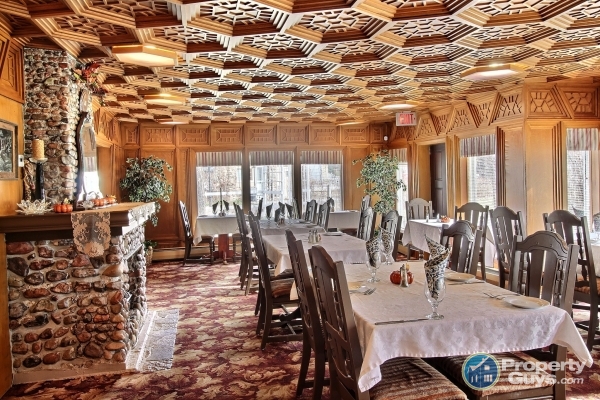 Painstaking efforts over the next fifteen years resulted in meticulous honeycomb inset ceilings and wood panelling, wood cabinets, and a gleaming staircase. Each of the four dining rooms had distinct patterns and finishes, as well as a separate stone fireplace to add warmth and another touch of luxury. At present, they can hold up to 95 people, which makes The Manor a popular choice for weddings and receptions year-round. Only one fireplace still contains Henry’s original finish; a beautiful beeswax mixture that added a lustrous sheen to the rocks. The glass for the tiffany lamps was sourced from Italy, and the Golden Oak Room, the final room completed by Henry, is now part of the restaurant’s dining room. It features sixty-one pieces of mitred oak, each fitted into the ceiling with exacting precision. 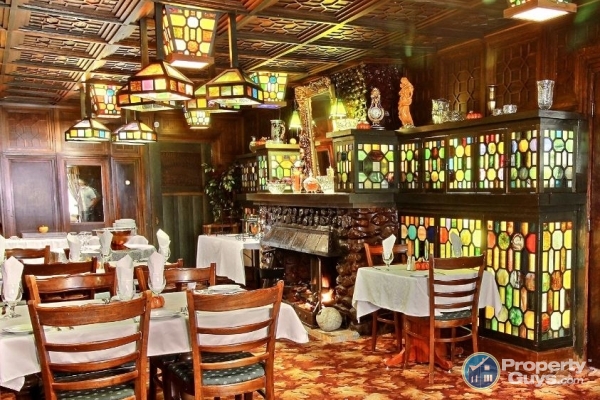 The interior of the restaurant is finished in beautiful hardwoods from around the world, including leftover hardwoods from the Cardston Alberta Temple and the Prince of Wales Hotel in Waterton, both of which Henry had worked on. Both of these sites, along with The Cobblestone Manor, have been officially recognized as part of Canada’s Historic Places.

The small town of Cardston, out on the Albertan prairie, was a decidedly unusual location for such an extravagant sight, but Henry would tell any who asked that his painstaking perfectionism was a labour of love for his sweetheart back in Belgium. Sadly, she would never make the trip from Belgium to the Albertan prairies, which brought about speculation about whether she had changed her mind, or even existed at all. In any case, Henry never married, and the story of Henry and his lost love has continued to capture the imaginations of history buffs and romantics alike; even inspiring more than one book about his story. 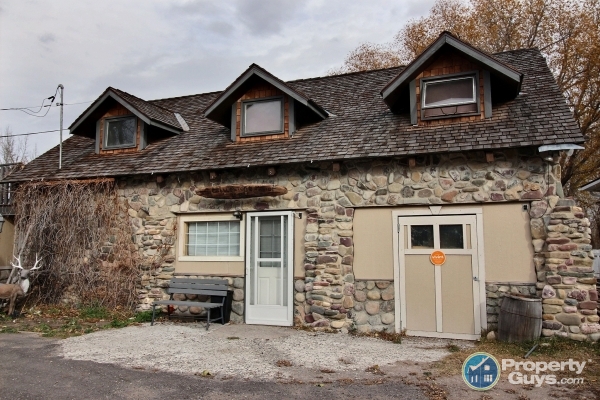 Over the years, the Cobblestone Manor has evolved: the lavish home is now a historic residence with a restaurant, and what was formerly a carriage house is now the Bed & Breakfast building. Tucked in behind the Remington Carriage Museum – another Cardston attraction – the B&B is also right by an 18 hole golf course, a spacious campground, and conveniently located to take advantage of the popular live theatre. Some guests have also come for the ammonite & dinosaur bone digs not far from Cardston. The Manor has been featured in a number of online publications, National Geographic’s: Crown of the Continent, and a number of guests have found them online as well; many from Europe or the United States. 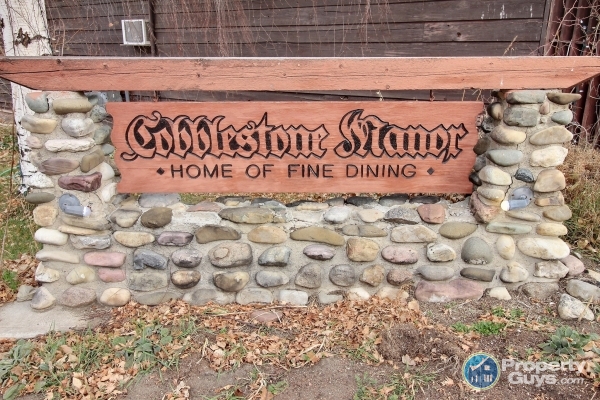 The restaurant gets a lot of out-of-town traffic, as well as a few locals. The buffet on Friday & Saturday nights, loaded with options, is one of the week’s highlights. Ivan and Marsha raised their family here, and enjoyed the small town atmosphere. “We moved to Cardston from Calgary to get away from the city and love the peaceful, quiet atmosphere,” says Ivan. “It’s got a great school system – from Kindergarten to high school. The Westwind school division has great sporting programs, live theatre…it’s one of the best in Alberta.” Other popular destinations for visitors include Waterton National Park, Head Smashed In Buffalo Jump, and Glacier National Park – all less than an hour away. 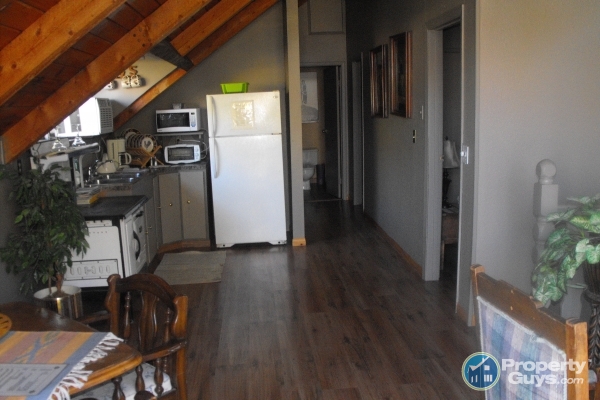 While The Manor has retained much of its original workmanship, some of the features have required upgrades over the years for added comfort, such as the paved driveway, new roof on the Cobblestone Manor and Bed & Breakfast Building, boiler heating system, and updated insulation.

Regardless, the incredible workmanship in The Cobblestone Manor is still a testament to love: the love a talented craftsman had for creating a masterpiece. The warmth of this place and the many families who have sat around tables and fireplaces, enjoying the meticulous work from a simpler time. While Ivan and Marsha have truly enjoyed this home, they have been running the Bed and Breakfast and restaurant on their own; and as they have gotten older felt it was time to move on. Now, the Cobblestone Manor is once again available, waiting for someone who can appreciate and protect its rich history.

Visit the Cobblestone Manor’s business website here – or if you think you might be interested in becoming a more permanent part of its story, visit the full listing here on PropertyGuys.com!

See More of Cobblestone Manor in the video below!

Amy is a communications associate for PropertyGuys.com Durham Region and contributor for Welcome Mat.